Is South Africa ready for newsgaming?

South Africa is a media-savvy nation, but with what sort of media is it savvy, so to speak? Like many countries around the world there are a few well-established trends that cause concern for those who like their news traditional. In terms of audience numbers, TV, radio and newspapers are stagnant or in decline, while videogames are the fastest-growing market segment (predicted to overtake music and film by 2017).

It’s a concern for newsrooms around the world and hundreds of millions of rand are being spent on working out how to make sure future generations stay engaged with serious topics in the medium of their choice. In the same way Leica turned journalism into photojournalism, so the most cutting-edge thinkers in publishing are developing ways of telling stories using the current medium of choice – games. Hence, news as a game. Newsgaming.

“News media are now competing with Candy Crush for attention,” says Dr Tomas Rawlings, design and production director for Auroch Digital, a pioneer in the field. ” The challenge facing news is to be as interesting as games.”

Many newsrooms around the world are already spending millions investing in “games desks” that sit beside traditional news desks and contemporary digital teams. Is South Africa ready for it?

The term “newsgame” itself was coined by South American developer Gonzalo Frasca. Frasca’s September 12: A Toy World was an attempt to explain why, in Franca’s view, the War On Terror was a futile and unwinnable proposition from the start. It was a simple game – acting through a gunsight you’re tasked with shooting terrorists in a non-specific Arab town. Every terrorist you kill is mourned, and after mourning, the mourners get angry and in turn begin performing acts of terror. Like TicTacToe in Wargames, it’s a game you can’t beat, destined to continue forever in a bitter stalemate.  September 12 was lauded by many as pushing the boundary of games. However, it didn’t really report the news; instead, it merely represented an opinion and attempted to stimulate debate around the news.

In contrast, newly-released hypertext fiction newsgame 1000 Days in Syria, produced by reporter Mitch Swenson, does present the news. The game came about as a result of Swenson’s trip to Syria in late 2013 and his subsequent frustration in the lack of interest in the topic – and it’s been generating plenty of worthy headlines in its own right.

Swenson says that he has produced the game in an effort to inform people about the Syrian conflict in a manner that is more effective than traditional media. The game depicts the first 1 000 days of the Syrian uprising from start of the opposition protests on March 15th 2011 to the dismantling of Assad’s chemical stockpile on December 9th 2013. You can play the days from the perspective of a mother of two in Daraa, a rebel youth in Aleppo or an American journalist in Beirut. As you play, you click through links and learn about the fictionalised characters as well as real-life events and people.

The game is not ground-breaking in its design, but it is highly effective as a newsgame. Each page of the game is accompanied by an update of the real life events of that day in the Syrian uprising. This is effectively informing the players of the events that happened – I was one of the naïve target players of Swenson, and having played 1000 Days in Syria I know significantly more about the events of the uprising. This informative approach is coupled with a series of choices that affect how the current character progresses in the narrative.

Sometimes there are no correct choices. For example, you have to decide between leaving a war-torn city, but at the sake of losing communication with your husband. These emotive choices are highly effective in forcing players to empathise with daily choices a Syrian citizen stuck inside their own war-torn country may be forced to make.

1000 Days in Syria is very successful in what it tries to do. It immerses players into the Syrian context and informs them about the timeline of the country’s uprising, while making players empathise with the people being affected. The success of the game begs the question of whether newsgaming should be used more frequently in presenting news to the public.

It might surprise you to learn that locally, we’re already seeing several attempts at creating newsgames. Most notable is Flappy Zuma. Released just before the election, this mobile game is an interpretation of the cult hit Flappy Bird in which the eponymous bird is replaced by a flapping Jacob Zuma.  It proved wildly popular, rising to the top of the Apple Store charts in SA within two weeks of release. Flappy Zuma is at best a crude example of a newsgame, as it’s more a puerile satire (and there’s nothing wrong with that). But what it does show is how effective local newsgames could be if done well.

There’s also the pet game, Zumagotchi, which has you looking after the South African president as your own digital pet – keeping his ‘hunger’; ‘fun’; and ‘energy’ at good levels. It is another crude example of a newsgame, but it does reflect some of the nuances of Zuma’s several reported offences.

There’s certainly a lot of potential for more South African-centric newsgames to be produced. It is easy to imagine an Nkandla game where you play as the architect of the dubious compound, a SimCity style game that annotates parts of the public protector’s report to various outbuildings maybe. Or perhaps you could take control of a pepper-spraying drone trying to force miners back into the pits, while at the same time being given cuttings from Wits’ recent report into the real state of wages in the sector.

We are a country flooded with potential newsgame topics – here’s hoping we see more of them in the future. 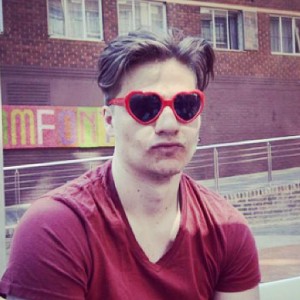