The Borderlands series of games have always been a little, dare we say, crazy and The Pre-Sequel is no different.

It takes outrageous to whole new levels, using the tried-and-tested Borderlands RPG recipe of shoot ‘n loot mixed with low gravity, insane guns, and even crazier characters to create one of the most enjoyable Borderlands games to date.

Tying it all together

Borderlands: The Pre-Sequel takes place between Borderlands and Borderlands 2 and serves as an “origin story” of Borderlands 2’s antagonist, Handsome Jack. It does so by means of an intricately-woven story that takes place firstly on the massive Helios Space station – that hovering moon-like station seen in the skybox of previous Borderlands games – and then moves over to Elpis, Pandora’s moon which is where all the low-gravity hijinks kick in.

Through it all the story packs in everything that made previous Borderlands games so good, with the right blend of over the-top-action and many funny moments that had me laughing out loud. Yet somehow, this time around the developers, Gearbox Software, didn’t nail the pacing quite as well as Borderlands 1 and 2 did. The start of the game was a bit confusing and unclear, and while things became a lot more coherent later on, The Pre-Sequel took its sweet time getting there.

These guys have character

This time around there are new Vault Hunters to play; they’ve been contracted by Handsome Jack to raid a newly-discovered vault on Elpis. They are Nisha the Lawbringer; Wilhelm the Enforcer; Athena the Gladiator and lastly Claptrap the Fragtrap.

Yes, that’s right: you can now play as the series-favourite, Claptrap, albeit a more militarised version, and he’s a hoot.

New characters mean new Action Skills, and Gearbox has done a fantastic job of making them play differently to Vault Hunters from previous games. Everything these characters do feels new and fresh, especially Claptrap, who is a rather unique character in his own right.

Claptrap’s Action Skill is aptly named Vaulthunter.exe and it executes a random effect every time it is activated, along with Claptrap’s obligatory fanfare/club music. Being as random as the character itself, Vaulthunter.exe tends to borrow a bit from the other vault hunters’ action skills. Some examples are Funzerking, which sees your fire rate climb exponentially, and if you’re less lucky you might end up bouncing up and down firing rockets at random, damaging and sometimes killing friends and foes alike.

Every situation triggers a different Action Skill for him, so expect to see random (and funny) results every time you hit that trigger button.

The butt of the joke

What sets The Pre-Sequel apart from its predecessors is a handful of brand new mechanics, namely the absence of oxygen and its low-gravity setting. To create the feeling that you’re on a moon where oxygen isn’t freely available, the designers introduced Oz Kits, which are oxygen kits that let you breathe in space and which must occasionally be re-filled lest you suffocate. But that’s not all: they also double as a double-jump device. Once airborne, your character can fire their Oz Kit to extend their jump, handy for covering large distances and getting to those hard-to-reach places.

But that’s not where it ends. Oz Kits also let you slam your character’s butt into the ground from great heights by pressing your Circle or B button, a move that damages and disorient enemies. Certain Oz Kits add elemental effects to these “butt slams”, adding fire, ice and electrical effects to the damage done. It’s such a ridiculous move – and so satisfying to pull off – that it fits perfectly with the crazy Borderlands design philosophy.

Vault hunting on the moon

New mechanics aside, The Pre-Sequel’s gameplay isn’t drastically different from previous Borderlands games. The primary focus is still “shoot and loot” and the massive variety of guns the series has become known for is present and accounted for, you’re just able to shoot and loot while leaping huge distances and double-jumping thanks to the new setting’s tweaked gravity. Basically, The Pre-Sequel adds new things to a formula you’ve seen before that helps it feel fresh. It’s also really cool to double jump high over a group of enemies and take them all out with a well-timed butt-slam, shoot in-cover enemies by leaping to a new vantage point and exploit double-jumps and butt-slams to your advantage.

On the gun side of things, The Pre-Sequel introduces a brand new weapon-type: laser guns. Coupled with the game’s elemental weapon types, laser guns tend to be quite effective in combat situations.

Additionally I noted that some weapons can even cause enemies to freeze, allowing you to smash them to smithereens in a shower of icy shards. So satisfying.

Cel-shaded graphics have become synonymous with Borderlands, and The Pre-Sequel has certainly built on that art style, managing to convey just how unforgiving and deadly the environments on Elpis are despite the engine’s rather cartoony looks. I was thoroughly impressed with the way it was all put together. From its glowing pits of lava to its barren moonscapes and sci-fi trappings, Elpis really is a breath of fresh air for the series.

The audio in The Pre-Sequel is strong as ever with catchy background music and excellent voice acting. Voice acting has always been superb in Borderlands games, and this one is no different, but of course handsome Jack steals the show once again with his larger-than-life presence and brilliantly-written dialogue.

Borderlands: The Pre-Sequel is a solid, all-round action RPG shooter, and its emphasis on the ridiculous serves it well. It has a few shortcomings, but its positive aspects far outweigh these. Shoot ‘n loot at its finest.

Borderlands: The Pre-Sequel is out now for Xbox 360, PlayStation 3, Windows PC & Mac. It sells for a recommended retail price of R599 on console and R499 on PC, and is definitely worth the cash for fans of the 2K franchise. 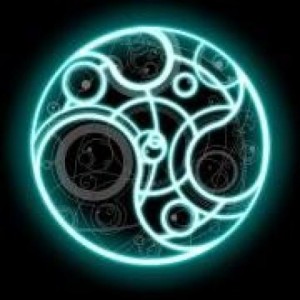