“Match-three” games, in which you line up or three or more similar icons or shapes in order to clear them from a board, are one of the most popular sub-genre of puzzle games. Candy Crush Saga was the most-played Facebook game of 2013. (Chances are, you probably got a Candy Crush Saga game request while reading this intro.)

Games like Chuzzle and Bejewelled – arguably the most popular match-three game on PC – from PopCap have garnered over a 150 million downloads over the last 14 years. Columns was the first match-three game that hooked me, and I have fond memories of playing it with my grandfather on my trusty Sega Mega-Drive – he didn’t approve of Streets of Rage or Ultimate Mortal Kombat 3, you see.

The original Puzzle & Dragons was a free-to-play mobile game, financed by micro-transactions. Would a handheld port offer as much value for the price-savvy consumer? Let’s find out…

The main game is familiar to those who’ve played any of the 3DS Pokémons, down to the visuals and the now-obligatory chat the hero has with his mum before beginning his quest. The story then takes a Game of Thrones turn, sans Red Weddings and questionable relationships, as you take possession of three dragon eggs that will eventually lay waste to the land of ‘I’m not actually sure’.

The RPG elements remind me of career mode in fighting games, adding a layer of longevity to what is essentially a repetitive format (match orbs to defeat monsters).

Like Mortal Kombat, I guess the developers realise you need a hook to extend the experience. I’m still on the fence whether I like it or not. I don’t think I played as strategically as the game wanted me, hardly ever augmenting my attacks with special items. On the plus side, unlike other retail games that have the chutzpah to hide large chunks of content behind various paywalls, Nintendo have assured consumers that there won’t be any micro-transactions in the game.

I was initially sceptical to the extent that Mario and co. will integrate with the classic Puzzle & Dragon experience having been disappointed with the Nintendo-themed extras in Tekken and Bayonetta 2 on the Wii U, but it was refreshing to experience a game that was so well-considered.

I shouldn’t be too surprised – the Mushroom Kingdom has a diverse range of hobbies and Nintendo protects its flagship IP from glitch half-baked games (Nintendo would have never allowed Assassin’s Creed: Unity to be published if Mario was in it).

Removed from the higher-order RPG elements, the Super Mario version tells a simpler, familiar tale; one of kidnapping and rescuing. And yes, I can confirm that the victim was last spotted wearing pink.

Eskom gifted me with many opportunities to use the 3DS and I plonked many of those darkened hours in the Super Mario mode. Stripped of the RPG elements, the Super Mario mode gave me quick thrills as I lapped up the familiar comfort of Shigeru Miyamoto’s vision, ploughing through waves of goombas and koopa troopas on a rudimentary rock, paper, scissors turn-based format.

Half-way through the first world there was a considerable spike in difficulty. And I died. A lot. After two continues I breezed through the next few stages before facing another Brock Lesnar type Goomba.

If I have any major complaints, it’s that Puzzle & Dragons Z + Super Mario Bros. Edition is a lot like 2-in-1 shampoo and conditioner. You’re getting two products in one handy package, which seems like great value for money, until you realise that you’re only getting half a bottle of each.

I would recommend this game to anyone who enjoys puzzle titles, and is looking for a deeper alternative to Candy Crush Saga. The difficulty spikes are sometimes frustrating to the point that I rattled my 3DS like Homer choking Bart, so if you’re new to the genre, or have little patience, I suggest you start with something like Bejewelled instead. 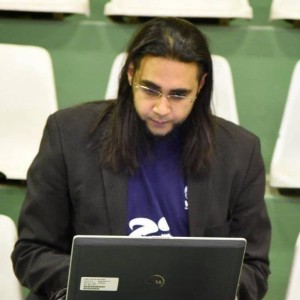