So my Twitter feed just exploded because Cell C CEO Jose Dos Santos has apparently managed to undermine every forward thinking, rational male trying to hold his head high in the workplace despite the shortcomings of his gender in the entire country.

SA tech site MyBroadband picked up on his recent interview with CliffCentral, in an article entitled What gorgeous men do to women in a company. Let’s just take a look at his comments, and see how they manage to objectify and devalue the intellectual contribution of men working at his firm and elsewhere around the country.

We have good looking men, we have clever men, we have smart men, and that has created a different environment.

Because men can only be one of these things. Not all of them. Sorry.

Today a lot of men are independent.

Perhaps one day we can dream of some utopia in which the majority – nay, all – men are able to achieve self-realisation and not have to deal with the original sin of being their gender.

If I can use the term on your radio station, you know men have a bastard switch, and boy if you see two men fighting, it is worse than two women.

It brought a whole different atmosphere. Can you imagine you got 12 handsome men and you see four or five of them walk into your company – do you know what it does to the atmosphere in that company? The women dress better, they shave every morning.

Quite how Dos Santos knows so much about the razor-based habits of his female workers is left to the imagination.

Boy, it’s a good job he didn’t get things the wrong way round and make those statements about women, isn’t it?

To his credit, Dos Santos does recognise that there are not enough women in leadership roles in South Africa. He wants a woman to be the next CEO. But since only 4% of JSE-listed companies have a female CEO, it’s statistically very unlikely.

How could we change that? Maybe as male leaders you could set about by not thinking of women as different entities? Stop sucking the slurry from the misogyny Kool-Aid and spouting it out as ‘empowerment’. Women actually working and being independent? Wow, what more surprises does the 21st Century have in store?

Maybe one day we won’t be listening to the wireless either, and perhaps have episodes of our favourite audio shows beamed to a computer-like device we can carry around with us too. A female boss and a mobile phone? It’s like living in the future.

There’s worse if you listen to the whole interview. Too much that is so obviously wrong it doesn’t bear commenting on. Like the idea that the Miss South Africa pageant is a great platform. He also says these ‘young girls are really young and lost in many cases and not sure what they want to do’.

Finalists of Miss South Africa get an internship at Cell C. Shame about the poor fatties who don’t get to take part, huh?

The real shame of it is, though, that Cell C’s confusing approach to female empowerment does include excellent initiatives like Take a Girl Child to Work, which encourages businesses to invite matric-age children in for the day to expose them to modern professional environments. Although if exposing young women to the realities of work means that they learn at all-too-young an age how hideous and lecherous male employers can be, perhaps it’s best they stay at school.

I’m pretty sure I’m not the only woman who would rather she managed on her own, without being objectified to the point of nausea. I wonder if there are any jobs going down at MTN… 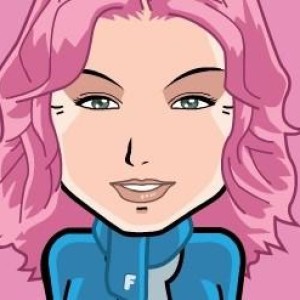