Anyone who owned the original Playstation, a Nintendo 64 or a Sega Mega drive back in the day will remember the platformer craze.

The likes of Sonic the Hedgehog, Mario 64, Rayman, Spyro the Dragon and Banjo-Kazooie dominated the market for years, with their protagonists achieving iconic status along the way.

While platformers haven’t completely disappeared from the gaming landscape, it’s become overcrowded with open world adventures and Triple-A shooters, launching a brand new game of this type carries a few risks. Yooka-Laylee, Rare’s “spiritual successor”  Banjo-Kazooie finds itself in this position and tries to recreate much of its inspiration’s wit and brilliance. But how successful is t?

Banjo-Kazooie fans may remember the iconic bird and bear duo; Yooka-Laylee swaps them out for Yooka and Laylee, who are a male chameleon and a female bat respectively.  Both are well designed and certainly have a 90’s era playful aesthetic to them.

Since Playtonic is made up of a lot of ex-Rare employees, it comes as no real surprise that much of Yooka-Laylee retains Banjo-Kazooie’s design elements. In layman’s terms what this means is that Yooka-Laylee might as well have just been called Banjo-Kazooie 4 with everything from the art style, the font, the structure and sounds being immediately familiar to anyone who has played a Banjo-Kazooie game before.

This makes sense since Yooka-Laylee banks a lot of its appeal on nostalgia. Its Kickstarter campaign goal of racked up £1,000,000 in 21 hours, making it the fastest videogame in the crowd-funding site’s history at the time to reach that figure. This means a lot of players out there may be tempted to look at Yooka Laylee through rose-tinted goggles. Strip those away and start nitpicking, and players may notice some painfully obvious flaws.

First, the good news: players who take to platformers mostly for the skill they require are in for a rollicking good time. Yooka is able to jump, run, roll and glide with Laylee providing flight assistance. Yooka has a basic spin attack, but that’s about it in the aggression department. This isn’t Ratchet and Clank with its myriad gadgets and weapons; it’s a pure unadulterated “90’s platformer” from top to toe and honestly it feels refreshing.

Yooka and Laylee’s quest involves the search for “Pagies”, talking pages from a special book that has the ability to control the entire universe.

The duo venture out from their home in Shipwreck Creek and must explore Grand Tomes, book worlds conjured up by the Pagies in a bid to stop the antagonists, Capital B and Dr Quack, from collecting all of the world’s literature and reselling it at a profit.

That’s it, really; Yooka and Laylee have to go out into the world via Grand Tomes to collect pages of an omnipotent book to save the day from a profit hungry corporation. Not the worst storyline to be fair but when combined with the pun-filled writing and often cringe-worthy text based dialogue, it could be off putting to some gamers. A younger audience will definitely find this easier to digest.

Yooka-Laylee Review – Jump between the worlds

The game features 5 worlds filled with a diverse range of enemies and multiple challenges to face. The aforementioned Pagies are supplemented with Quills, Ghost Writers, Play Coins and Mollycools (Molecules used to transform Yooka) as collectibles and if you’re obsessed with collecting everything the game has to offer, you’ll be kept busy for ages.

Each of the game’s worlds are charming in their own way with the game’s visual style providing more than enough eye candy to appreciate. The worlds are quite large with a fair amount of exploration and adventuring to be had throughout. The challenges and platforming are also consistent and players can unlock new abilities by purchasing them from a shady salesman that’s quite appropriately, a snake.

Yooka-Laylee doesn’t hand-hold like many modern era titles, so there’s a lot to figure out for yourself in your search for the ever elusive Pagies.

Now the bad news: Yooka-Laylee’s biggest flaw however lies with the substandard camera control. Instead of opting for full freedom of movement everywhere, the camera often locks itself into specific points of view which feel annoyingly stiff or rigid at the best of times. For a platformer, camera control is one of the most important aspects and Yooka-Laylee’s is unfortunately a pain in the neck.

In addition to the normal single player story mode, Yooka-Laylee features a retro arcade mode with a variety of games to play. The arcade also exists in the main story mode and is maintained by a lovable 8-bit polygonal dinosaur called Rextro. His arcade machines provide a welcome distraction from the usual platforming and exploration.

Overall, Yooka-Laylee is a game that’s meant to be enjoyed with your nostalgia goggles on. There’s more than enough content on offer to keep you busy for multiple hours. The game’s world, characters, puzzles, challenges, collectibles and charm earns it a spot in any self-respecting gamer’s collection. It’s not a Triple-A title and it’s not as refined as it should be but it’s a great reminder as to why the platformer genre was so popular back in the day. While it may not be for everyone, fans of Banjo-Kazooie or the platformer genre will definitely enjoy the game. 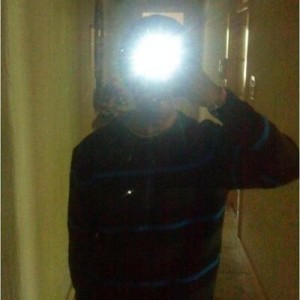 Sahil is a tech and gaming enthusiast that's been a writer, reviewer, advisor and editor at multiple publications
Tags: GamesPCPS4ReviewreviewsSteamTeam 17VideogamesXbox OneYooka-Laylee