The saying goes that a poor workman blames his tools, but in the current digital age, having the right hardware on hand can often mean the difference between success and failure. It’s therefore becoming imperative that every business empowers their workforce with the best available technology, especially as professionals look to be more productive in their specific roles.

Doing its part as far as chipsets are concerned is AMD, with the American manufacturer leading the market when it comes to their business-focused Ryzen PRO processors.

AMD’s Ryzen PRO processors zero in on four key pillars when it comes to delivering for its business users – productivity, battery life, graphics performance and cost.

When you’re at your most productive in the workplace, being able to multitask is a must. Being hampered by a slow processor or machine therefore needs to be avoided at all costs. With the AMD Ryzen PRO series delivering 25 percent greater productivity compared to its predecessor, it helps to ensure that unresponsive applications need not be a worry.

Added to this is enhanced security, with an embedded suite of features found in the Ryzen PRO series in order to keep user data safe. There’s also full memory encryption as standard managed by the AMD dedicated security co-processor, defending your PC against cold boot attacks in particular.

With that peace of mind comes the knowledge that you can get cracking on the important day-to-day business tasks.

Another important consideration, particularly as your workforce is on the move or working outside the confines of a regular cubicle, is battery life. Here the Ryzen PRO series excels, with the processors on offer from AMD to afford users up to 12 hours of battery life from a single charge for general office use and up to 10 hours for video playback.

This means that a full day’s work can be managed when multitasking, and you won’t be left thinking about where the nearest plug point is, when you should in fact, be focused on work.

If you’re thinking that the AMD Ryzen PRO series is just an Excel spreadsheet workhorse, think again. These chipsets are paired with the company’s Radeon™ Vega graphics, which makes them well suited when it comes to all of your creative tasks, whether it be video editing or 3D modelling.

Boasting features such as GPU acceleration in order to help users to conduct visualisations in real-time, the Ryzen PRO when working in conjunction with Radeon Vega graphics yields a powerful combination that creatives will truly enjoy.

Now that you’ve heard about all the benefits afforded to Ryzen PRO users, you’re likely wondering how to get your hands on the AMD processors, and which manufacturers to go with. To this end AMD has tapped HP as a partner, and in particular delivered four different devices for the local market – two notebooks and two towers.

The notebooks in question are the HP 225 G7 Notebook and ProBook 445 G6. The latter is perhaps the more enticing offering, with a Ryzen 5 2500U onboard and Radeon Vega 8 Graphics paired with it.

If you’re interested in any of the above, or want to find out more about the Ryzen Pro series, it’s a task that local distributors Tarsus can assist with 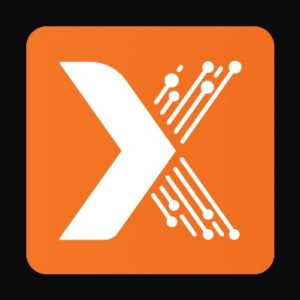